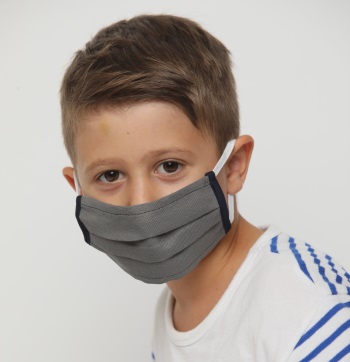 Created to make available at the professional athlete or amateur Wiva® is a small inertial sensor (35x37x15mm) that uses wireless Bluetooth connection “4 low energy”.
Inside there are a IMU 9 axes sensor, an altimeter and optionally a powerful GPS.

choose where place your Wiva® device and get in track! 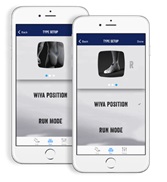 Since in the field of functional evaluation it is often not possible to directly measure a quantity because this is inaccessible or because the test is too expensive, then we fall back on an indirect measure of the quantity periodically investigated.

Tests performed with the Wiva Science system respect the three fundamental characteristics to be considered scientific:

From these considerations was born Wiva Science system you chose and you are going to use.

Range of motion (ROM) is the arc of motion that occurs at a joint or a series of joints. The starting position for measuring all ROM, except rotations in the transverse plane, is anatomical position.

Active range of motion (AROM) is the arc of motion attained by a subject during unassisted voluntary joint motion. Having a subject perform active ROM provides the examiner with information about the subject’s willingness to move, coordination, muscle strength, and joint ROM. If pain occurs during active ROM, it may be due to contracting or stretching of “contractile” tissues, such as muscles, tendons, and their attachments to bone. Pain may also be due to stretching or pinching of noncontractile (inert) tissues, such as ligaments, joint capsules, bursa, fascia, and skin. Testing active ROM is a good screening technique to help focus a physical examination. If a subject can complete active ROM easily and painlessly, further testing of that motion is probably not needed. If, however, active ROM is limited, painful, or awkward, the physical examination should include additional testing to clarify the problem.

Passive range of motion (PROM) is the arc of motion attained by an examiner without assistance from the subject. The subject remains relaxed and plays no active role in producing the motion. Normally passive ROM is slightly greater than active ROM because each joint has a small amount of available motion that is not under voluntary control. The additional passive ROM that is available at the end of the normal active ROM is due to the stretch of tissues surrounding the joint and the reduced bulk of relaxed compared to contracting muscles. This additional passive ROM helps to protect joint structures because it allows the joint to absorb extrinsic forces. Testing passive ROM provides the examiner with information about the integrity of the joint surfaces and the extensibility of the joint capsule and associated ligaments, muscles, fascia, and skin. To focus on these issues, passive ROM rather than active ROM should be tested in goniometry. Unlike active ROM, passive ROM does not depend on the subject’s muscle strength and coordination. Comparisons between passive ROMs and active ROMs provide information about the amount of motion permitted by the associated joint structures (passive ROM) relative to the subject’s ability to produce motion at a joint (active ROM). In cases of impairment such as muscle weakness, passive ROMs and active ROMs may vary considerably. If pain occurs during passive ROM, it is often due to moving, stretching, or pinching of noncontractile (inert) structures. Pain occurring at the end of passive ROM may be due to stretching of contractile structures as well as noncontractile structures. 7

Pain during passive ROM is not due to active shortening (contracting) of contractile tissues. By comparing which motions (active versus passive) cause pain and noting the location of the pain, the examiner can begin to determine which injured tissues are involved.

The term hypomobility refers to a decrease in passive ROM that is substantially less than normal values for that joint, given the subject’s age and gender. The end-feel occurs early in the ROM and may be different in quality from what is expected. The limitation in passive ROM may be due to a variety of causes including abnormalities of the joint surfaces; passive shortening of joint capsules, ligaments, muscles, fascia, and skin; and inflammation of these structures. Hypomobility has been associated with many orthopedic conditions such as osteoarthritis, rheumatoid arthritis, adhesive capsulitis, and spinal disorders. Decreased ROM is a common consequence of immobilization after fractures and scar development after burns. Neurological conditions such as stroke, head trauma, cerebral palsy, and complex regional pain syndrome can also result in hypomobility owing to loss of voluntary movement, increased muscle tone, immobilization, and pain. In addition, metabolic conditions such as diabetes have been associated with limited joint motion.

The term hypermobility refers to an increase in passive ROM that exceeds normal values for that joint, given the subject’s age and gender. Hypermobility is due to the laxity of soft tissue structures such as ligaments, capsules, and muscles that normally prevent excessive motion at a joint. In some instances the hypermobility may be due to abnormalities of the joint surfaces. A frequent cause of hypermobility is trauma to a joint. Hypermobility also occurs in serious hereditary disorders of connective tissue such as Ehlers-Danlos syndrome, Marfan syndrome, rheumatic diseases, and osteogenesis imperfecta. One of the typical physical abnormalities of Down syndrome is hypermobility. In this instance generalized hypotonia is thought to be an important contributing factor to the hypermobility.8

ROM varies among individuals and is influenced by factors such as age, gender, and whether the motion is performed actively or passively. A fairly extensive amount of research on the effects of age and gender on ROM has been conducted for the upper and lower extremities as well as the spine. Other factors relating to subject characteristics such as body mass index (BMI), occupational activities, and recreational activities may affect ROM, but have not been as extensively researched as age and gender. In addition, factors relating to the testing process, such as the testing position, type of instrument employed, experience of the examiner, and even time of day have been identified as affecting ROM measurements. Ideally, to determine whether a ROM is impaired, the value of the ROM of the joint under consideration should be compared with ROM values from people of the same age and gender and from studies that used the same method of measurement. Often such comparisons are not possible because age-related and gender-related norms have not been established for all groups. In such situations the ROM of the joint should be compared with the same joint of the individual’s contralateral extremity, providing that the contralateral extremity is not impaired or used selectively in athletic or occupational activities. Most studies have found little difference between the ROM of the right and left extremities. A few studies have found slightly less ROM in some joints of the upper extremity on the dominant or right side as compared with the contralateral side, which Allender and coworkers attribute to increased exposure to stress.

The performance of active joint motions by the subject during the examination allows the examiner to screen for abnormal movements and gain information about the subject’s willingness to move. If abnormal active motions are found, the examiner performs passive joint motions in an attempt to determine reasons for joint limitation. Performing passive joint motions enables the examiner to assess the tissue that is limiting the motion, detect pain, and make an estimate of the amount of motion. Goniometry is used to measure and document the amount of active and passive joint motion as well as abnormal fixed joint positions. Resisted isometric muscle contractions, joint integrity and mobility tests, and special tests for specific body regions are used in conjunction with goniometry to help identify the injured anatomical structures. Tests to assess muscle performance and neurological function are often included. Diagnostic imaging procedures and laboratory tests may be required.

Goniometric data used in conjunction with other information can provide a basis for the following:

With the Wiva Science device it is possible to measure the joint motion in a easy way and quickly, without the need of specific skills or competency in device positioning as required by the measure tecnique with the goniometer but with an comparable accuracy. The automatic registration of the angular measurements avoids the reading of the measuring instrument and the recording of the measurement by means of manual transcription, necessary in the traditional technique.